What Is Our Shipped Cargo Worth to America?

If you recall, the 8-day strike at the Port of Long Beach in December 2012 disrupted the flow of containers inland right in the middle of the holiday season. For many of us in the intermodal freight industry, the unwarranted strike had a tremendous knock-down effect that impacted many cargo and freight operations all across the United States.

According to the NY Times article, some 600 clerical workers were responsible for $650 million in idled trade each day of the strike. Because of the clerical worker’s demands, 10 of the 14 shipping container terminals at the two ports were closed down, and many union longshoremen dared not to cross the picket lines. 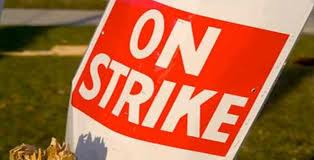 This action ended up costing our country’s economy a lot of money, and disrupting the flow of goods across our nation’s interstates. Now we seem to be heading toward our version of a ‘fiscal cargo cliff’ on the East Coast that looks to affect our business in all markets.

According to this week’s Journal of Commerce, contract talks about work rules and staffing between the International Longshoremen’s Association and the New York Shipping Association have broken down. The two sides were hoping to come to an agreement on these matters before the Feb. 6 deadline date for a new contract with the ILA.

The talks broke down to to a call for ‘revolutionary changes’ in work practices sought by the NYSA. For more than two years, according to the article, they planned to use the current negotiations to seek changes in the port’s work rules and practices, some of which predate containerization.

The effect of a strike cannot be understated. Our Midwest trucking firm Calhoun Truck Lines is already hearing from clients we currently work with that they are already making contingency plans or are making plans to cancel the loading of containers for export via NY/NJ ports from Detroit to Omaha. These cancellations will have a massive impact on trucking companies hauling containers throughout the country and more importantly, on the livelihoods of the drivers that haul the freight.

We ask our readers to get in touch with their state representatives or Congressional leaders to step up and get involved in these negotiations. We cannot let these discussions negatively impact the still fragile and slightly growing U.S. economy spread across the country. We need your support.