Along with other leading intermodal cargo shipping companies, Calhoun Truck Lines has been carefully watching the labor talks and contract negotiations taking place between the International Longshoremen’s Association and United States Maritime Alliance. 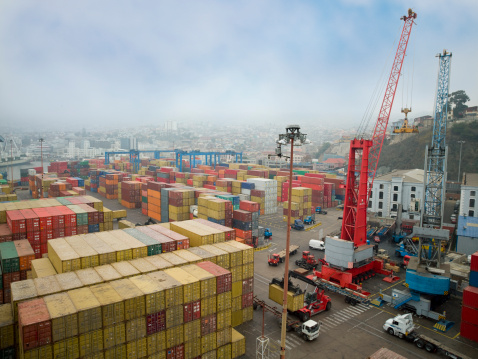 If these contract negotiations are not settled very quickly, it could lead to a threatened East Coast port strike, which could seriously impair cargo shipments all around the United States. Even leading cargo transport companies like ours could lose business as a result of a breakdown in talks.

It’s an important issue affecting business and commerce across the country. It’s so crucial that the Journal of Commerce has a continuing section on the ongoing ILA labor negotiations. In continuing contract negotiations that started in March 2012, the ILA and USMX agreed in late December to a second contract extension, through Feb. 6. The extension temporarily halted a threatened East and Gulf Coast port strike on Dec. 30. While the two sides came to a tentative agreement on container royalties, they still haven’t finalized talks about the contentious issue of work rules and productivity.

Calhoun Truck Lines is concerned enough to have addressed some of these points in a recent blog post on our site. However, we are somewhat encouraged by a late week story that wrote: “A federal mediator said three days of bargaining on an East and Gulf Coast dockworker contract yielded progress and that the International Longshoremen’s Association and employers have agreed to continue negotiations.”

That’s a positive step, considering contract talks had earlier broken down. However, the two sides still need to come together by the Feb. 6 deadline date for a new contract with the ILA. As we wrote earlier, the effect of a strike is already being felt. Our Midwest trucking firm Calhoun Truck Lines is hearing about recent cargo cancellations, contingency plans being made or cancelled loading of containers already underway via NY/NJ ports from Detroit to Omaha. These cancellations are hurting the companies in intermodal cargo transport, as well as the drivers who operate the cargo transport.

We hope that the two sides are able to come to an agreement before the end of January. Damage has already been done, now is the time to seek damage limitation.