Mid-March 2013 and there are some positive signs on our radar for the intermodal trucking services industry.

The US Labor Department announced this week that 5,600 for-hire trucking jobs were added in February in the trucking industry. That’s a positive sign for both truckers and the companies hiring them. The Associated Press wrote: “Stronger hiring shows businesses are confident about the economy, despite higher taxes and government spending cuts.”

And that’s despite recent troubles in ports among dockworkers and others involved in helping to move cargo around the country. Check the Calhoun Truck Lines blog for recent posts on that topic. It’s one we hope to keep a close eye on there. 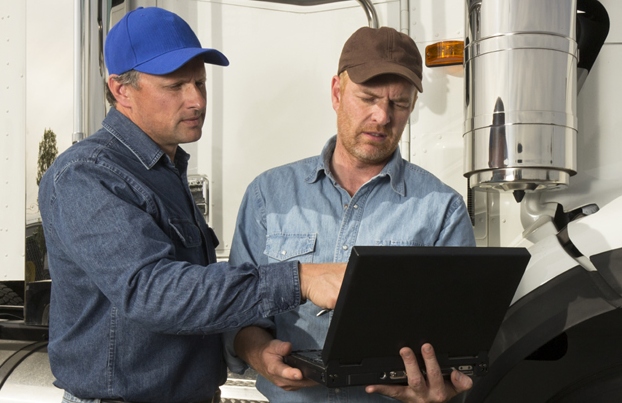 And in equally good news, the cost of diesel fuel has also declined for the first time in nearly two months. The price of diesel fuel fell nearly three cents to $4.13 a gallon. This was the first diesel fuel decline in seven weeks, according to the Department of Energy. Previously, diesel fuel had gained 26.5 cents in six previous increases, including a 23.2-cent jump last month to its highest February level on record, coming in at almost $4.16/gallon.

At Calhoun Truck Lines, we are encouraged by these positive economic changes. With more drivers leading intermodal cargo around the country, our stores and businesses can keep stocked up on goods necessary for their own business growth. We are proud of these drivers and their ability to move freight safely and swiftly across the country.

Calhoun Truck Lines’ operational facilities at our five Midwest trucking facilities are fully equipped to handle your intermodal trucking needs, for whatever freight assignments you might have. We deliver a level of service that consistently meets our customers’ expectations by providing a professional working environment for our employees, and maintaining a safe truck fleet.