Moving Goods Across the Midwest

In many ways, the trucking industry mirrors our nation’s economy. In good times, there is a lot of trucking traffic on our roads, and intermodal traffic increases are frequently seen. In recessionary times, there can be instances of fewer truck loads and fewer drivers, owing to less production of goods and services.

That’s the scenario that Calhoun Truck Lines has seen over the last several years, as most of our business indicators have been down or flat because of the recession. More than 150,000 jobs in the overall trucking industry vanished, even with the continuing demand for drivers. One industry report notes that the intermodal trucking industry will need to fill these vanished positions and more in 2012. 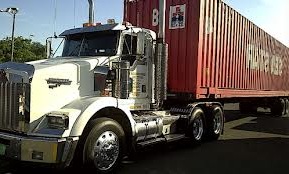 But with a slightly improving economy in an election year, and a handful of good reports showing increased trucking traffic, we continue to be optimistic about moving goods across the Midwest in 2012.

One of the more positive indicators we’ve seen for increased intermodal traffic is the decreasing fuel costs for diesel fuel over the last few months. According to the U.S. Energy Information Administration, costs of diesel fuel have decreased almost uniformly across the United States in 2012, compared to rates in 2011. In other words, prices throughout the Midwest for diesel fuel are almost 25 cents less that what they were at this time in 2011. That’s good news for companies like ours that depend on this basic fuel cost to do business at a reasonable price for the service we provide.

However, fuel costs continue to be an uncertain animal to tame. Many of the factors involved in pricing the costs of fuel and the raw prices for oil are, of course, out of our hands and in the hands of world and political factors. And because of the turmoil in the Middle East, there’s always a chance that the fluctuations for diesel will continue to impact our costs.

In fact, eTrucker, one of the leading websites for truckers, noted this past week that for the first time since April, diesel costs have slightly increased (but are still down from last year at this time, as noted above). Having lower fuel costs gives Calhoun Truck Lines a strong chance to be competitive in intermodal trucking and shipping. We’re hopeful that our economy will continue to improve and fuel prices will once again reach stability for businesses everywhere that depend on transportation.